In the first week of July the fifth version of the Scrum Day Europe was held, this was Scrum Day Europe’s first anniversary. Again it was hosted in the beautifully located Pakhuis de Zwijger near the center of Amsterdam. As with a lot of conferences you need to make choices because there are more sessions than time permits you to join. Today I’ll give my thoughts on three I joined and end with an overall opinion.

Keynote – Dave West (Scrum.org)
In his keynote Dave West looked a bit back on the progress Scrum has made in the last years and the challenges that are still present. Especially the getting things really “Done” is one of the big topics this edition and after more than 20 years is still relevant. He also gave a glimpse of the ideas concerning Scrum Studio and setting up a separate organization disentangled from the “old slow organization”. In his afternoon session he went into more detail on this topic, but he did gave the most away in the keynote.

“Saying goodbye to command and control for good” – Christian Brath (Movingimage)
Before this session I never heard of the Berlin company Movingimage but after today the impression will last. During the coffee in the morning I already met Christian and his story intrigued me to go and join his presentation. His company Movingimage has re-invented their business models and therefore also their own organization. They went as far as transforming the entire organization in an Agile setup. They iterated in a few steps to their current model. Of course when flattening the hierarchical structure of your organization you are bound to run into questions like “Who is doing the annual appraisals ?” and “How about conflicts between backlog priorities of different team?”.
Christian was very open and said that not everything is already in a well working definitive state. For me this only indicates that such transformations take years Even after years you will come up with the conclusion that the Agile way of working and transformation will never really stop. 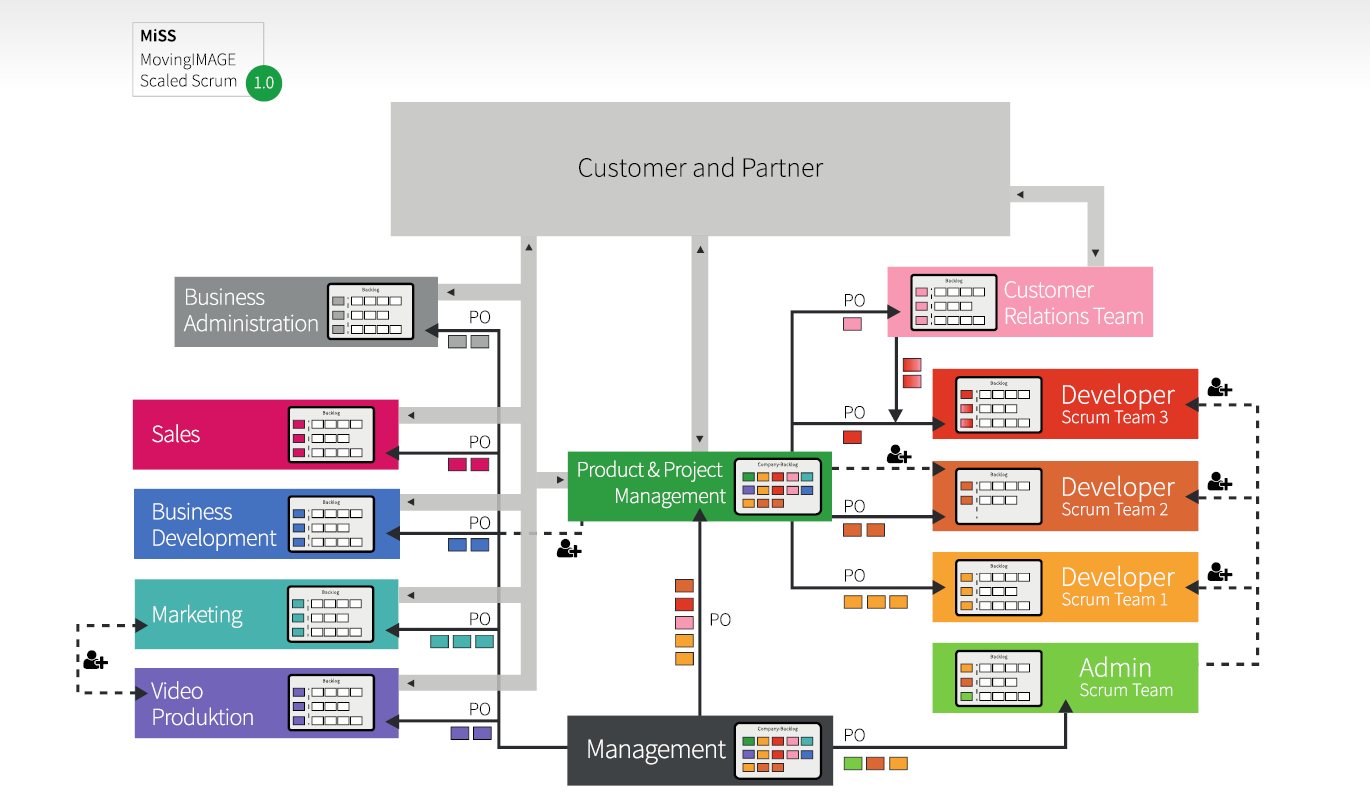 “The future present of Scrum – Are we Done yet?” – Gunther Verheyen (Ullizee-Inc)
I have heard Gunther speak before and have read his book “Scrum wegwijzer”. He can always reduce the complexity of Scrum to the core and focus on the most important subject to discuss. Well today that is getting really working Increments after a sprint. It seems that most organizations still struggle with getting actual working software of the belt at the end of the sprint. Interesting to notice that this is still so hard after 20 years of Scrum. He focused on getting to the root of the problems for not getting to Done, is it the Definition or is the delivery process? In the end it does not matter as long as you involve your Scrum Masters and management and get all impeding affairs out of the way.
His weblog and slides can be found here: The-future-present-of-scrum and here scrum-day-europe-2016-the-future-present-of-scrum. So ask yourself the question, how often does your team or organization deliver working increments? And if not every sprint, what is holding them back?

All in all it was an interesting day with some good sessions. Personally I would have expected to see more people from previous editions and some more acquaintances. At the start of the day a short inventory was done and roughly 80% of the audience was there for the first time and after a steep decline only a handful had visited for over 3 times.

A downside of the way this conference is organized is that you can expect a lot of sessions (co-) presented by people from Prowareness. In itself this is not necessarily a bad thing but bit more variance can be a good thing. The up side is that the people who where present were enthusiastic and I have enjoyed a lot of interesting coffee breaks as well. Enough reasons to come back next year.